How to say “Hello” in Switzerland

There are four official languages in Switzerland, so you can say hello in German, French, Italian and Romansh (also called or Raetoromanisch). It is considered polite when you look into someone’s eyes and wish them with a smile.

In German: Say “Grüezi” to greet one person, or “Grüezi Mitenand” to greet two or more people.

In Italian: “Buongiorno” during the day and “Buonasera” in the evening

Disclaimer: Namaste Switzerland does not undertake any financial/reputational/legal/misrepresentational impact or other obligations/liabilities that may arise from the content.

Please note: Systems and laws change. We do not confirm the validity of the content at all times. 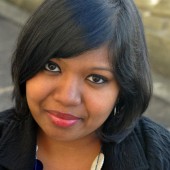 Maria moved to Switzerland to work for a Radio Station in Zurich as a copywriter. Switzerland is now home for her. Between mothering and life as it unfolds, she works as a freelance copy editor and is currently pursuing two passions of her passions: cooking and photography.

How to wish a good/nice weekend

Stories from the Heart – A Mother’s Day Special