Bollywood has romanced the Swiss Alps for decades now. From Rajkapoor’s ‘Sangam’- the first movie to showcase Switzerland on India’s Silver Screen to the recent visit of Ranveer Singh to promote Swiss tourism – the ties between the two countries continue to dazzle the locals on both continents.

The buzz around the screening of “Baahubali 2” was loud among the Indian cinephiles in Zurich. While the audience eagerly awaited their curiously over ‘who killed Kattappa’ to be put to an end, for the city theatre houses, they were pleased with growing business.

“Earlier, there were only the big star movies that were screened. Now, even the small banner films are being screened which is quite an interesting change from the past,” says Amit Mundra, an Indian resident in Switzerland for the past ten years.

The screening of Indian films in some of the city’s theatres is not a recent phenomenon. Neither is the love-affair between Bollywood and Switzerland. Interestingly, both have grown significantly in the recent years. The Zurich Film Festival every year showcases films from India. Two years back it had even dedicated a full section of the screening to the Indian films.

The love and admiration are mutual. “They (the filmmakers in India) love to come here to shoot and we love to show them the new places,” says Erwin Fassler, owner of a tour company that specialises in Bollywood packages in Switzerland.

Erwin is among the few Swiss audiences that have been badly bitten by the Bollywood bug.  It is reflected in the way he chats about the recent ‘nepotism’ controversy — with an acumen better than some of the best Bollywood pundits. “I keep a track of all the Bollywood news. I like the whole thing, the stars, shootings, songs and even the scale of the business. It is fascinating,” he says.

Business wise, he says, that his personalised Bollywood packages like Prem Patra, King of Romance do sell a lot, however, there is a scope for improvement. “It needs to be promoted for both the tourists as well as for the filmmakers,” he says.

The growing potential of filmy business has caught the Swiss Tourism authorities’ attention, especially as the Indian filmmakers seem to have become fond of other European countries as well. “Nowadays many countries have realised what a successful movie can do in terms of promoting a destination and have government funded agencies to attract productions. Often they have the means to give substantial tax refunds and subsidies in order to achieve this. Sadly, in Switzerland, this is not the case and we are therefore not quite as attractive for film makers like we used to,” says Claudio Zemp, Switzerland Tourism Director India.

“Switzerland Tourism’s role is to be the first point of contact for potential producers and help them with ideas, location scouting and introducing them to Swiss filmmakers,” he adds,  without divulging details on tax benefits or any monetary benefits to the production houses.

The Swiss tourism authorities are looking at a double-digit growth in 2017 from India and realise the potential of Indian film industry in achieving the growth target.

There are some visible efforts to keep the romance between the two industries going. The tourism board recently teamed up with Ranveer Singh as the brand ambassador. The actor came to Switzerland twice to do parasailing, skydiving, wakeboarding et al.

“The adventure and promotional clips were created. Ranveer reported about the trips via his social media channels. The aim of the campaign is to showcase that Switzerland in addition to being romantic and beautiful is also a great destination for experiential travel,” says Claudio.

Besides Bollywood, the authorities are also looking at attracting South Indian and television production houses from India. Last year, it had invited TV soap Ye Rishta Kya Kehlata Hai, which featured Switzerland in 14 of its episodes.

“Every episode was seen by around 56 million viewers. The benefit of working with TV is that you already know if a show is successful when you start the process and it is also easier to influence how the destination is featured in the storyline, thus giving us some control over how Switzerland is showcased,” he said.

The author is a freelance journalist based in Zurich. Prior to freelancing, she worked for over eight years as a business journalist in many publications in India. Currently, she is back to school and is pursuing her master’s degree course in Switzerland. 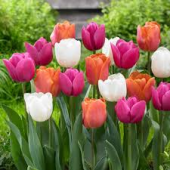 Parul Chhaparia is a freelance journalist based in Zurich. Prior to moving to Zurich and freelancing, she worked for over eight years as a business journalist in publications including The Times of India, Financial Chronicle, Financial Express and Cogencis Information Services. Currently, she is pursuing her Masters in International Management degree in Switzerland. She is an avid traveller and enjoys writing about places, people and anything that inspires curiosity.

Finding a Job in Switzerland – Part 3