While nostalgia hits adults hard, Third Culture Kids (TCK) have their own, unique experiences which circumstances conspire to create. Read on.

Third Culture Kids are children raised in a culture other than that of their parents for a significant part of their formative years. They are exposed to a greater variety of cultural influences as they move between cultures before fully developing their personal and cultural identities.

The first culture of these children is essentially the culture of the country of origin of their parents. The second culture refers to the culture of the place where the family currently resides. The third culture is the amalgamation of the first two.
Nayana Chakrabarti-Bhattacharya shares her perspective on raising our TCKs.

She writes: As the winter this month continues to get bitterly cold here, halfway across the world, people are enjoying loud Bollywood’s foot-tapping music, feasting on the delicious sweetmeats and savoury treats, while throwing, pouring and shooting colourful powder at each other. Holi hai!

While India immerses itself into a colourful cacophony, the world outside my window is a serene and peaceful white. A friend’s Holi message is wistful as she writes, wishing that the sky would shower colourful snow today. Another wish that I find the colours of warmth amidst the icy brilliance of white. Third Culture Adults long to be back home amid the festivities. And with e-messages, the nostalgia grows stronger.

Children feel it too. Those of us raising Third Culture Kids will recognise how their children show signs of missing what has become their ‘holiday homeland’ on such occasions. But with our lives so full here, single-handedly doing and managing it all on both home and work fronts, can we make the effort to bring in our culture and celebrate like we did back home?

Growing up as a child of immigrant Indian-Bengali parents myself, I grew up feeling like Kolkata (Calcutta, then) was at the centre of the universe even though I wasn’t there. In Cambridge, while Siberian winds and dull, grey drizzle alternately lashed and peppered our window panes with their sullen drumbeat, it was always Kolkata inside. Bombay mix or ‘chanachur’ was plentiful as were Assamese or Darjeeling tea. In England, I grew up in a distilled version of Kolkata. For a Third Culture Kid, this phenomenon is not uncommon.

For a TCK, there is just not just one ‘centre to my world’.

In my case, for instance, along with Kolkata, London and Cambridge continue to resonate with me just as strongly. I imagine children growing up here might feel the same way about Zurich in the years to come.

While TCKs occupy two or more worlds growing up, they are happiest in the in-between places – not typically belonging to one culture or another. For instance, this week, along with Holi in India, there is the World Book Day in England, where I lived for years. So, we brought home both.

Aided by YouTube videos, my son and I used corn flour and food colouring to create our own Holi colours, ate our body weight in ‘soanpapdi’ and ‘sandesh’, blasting ‘Balam Pichkari’, ‘Rang Barse’ alongside ‘Bhajo Gourango Laho Gourango’ and ‘You’re Welcome’. We ended the day by reading the story of Holi from the ‘Amma, Tell Me About…’ and our son read out his current book of choice, ‘George’s Marvellous Medicine’ by Roald Dahl to us. Come the weekend, we will party it up, Holi-style, in the heart of Zurich with the High Heels ladies and their children.

Why raise your children with more than one cultural experience? Why not stick with one?

A child may often feel like an outsider looking into ‘different’ worlds. She may feel home is always different. But therein lies the value. With the opportunity to be able to look into two worlds –one, the world of customs left behind, and two, the environment in which the child is being raised, they are given a choice to pick what they like and leave out that which is not suitable.

Festivities are like invisible doors. When suddenly, all these doors open, albeit temporarily, and let the child enter, have a look around, learn customs that they would like to adopt and discard that which they don’t. Festivities allow children to create the culture that they want to inhabit. True integration, I believe, is one where you don’t have to leave one culture behind in order to adopt another but can comfortably live with both, or more.

Like most Third Culture Adults, I seek doors into local traditions by finding their festivities and thus I enter. It is in this spirit that nowadays we insist on getting a ‘real’ Christmas tree and decorating it as a family, in this spirit we rush across town to honour our friends as they break their fast and host mouth-watering Iftar parties or marvel at the wonderful atmosphere in the Gurdwara.

In this same vein, we will also usher in Easter. We will have an Easter egg hunt, decorate eggs and consume twice our body weight in chocolate and use that opportunity to, once again, talk about how both faith (of all descriptions) and science frequently conspire to tell us that Spring is a time of rebirth. Just as we spoke of how both Fasnacht and Holi engender a carnivalesque spirit to herald the end of winter.

By seeking out and bringing home festivities, both religious and secular, I hope to raise my Third Culture Kids so that they understand that there is far more that unites us in the form of food, family and festivities than that which divides. I believe that by doing this, we as parents can ensure that they have the emotional and cognitive grounding that will be needed to negotiate a world, which often seems to prefer to ignore the existence of such dualities. 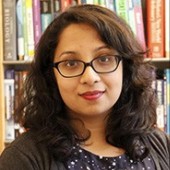 How to wish a merry christmas and a happy new year

Homeschooling during the Pandemic

A Winter Evening in Zurich